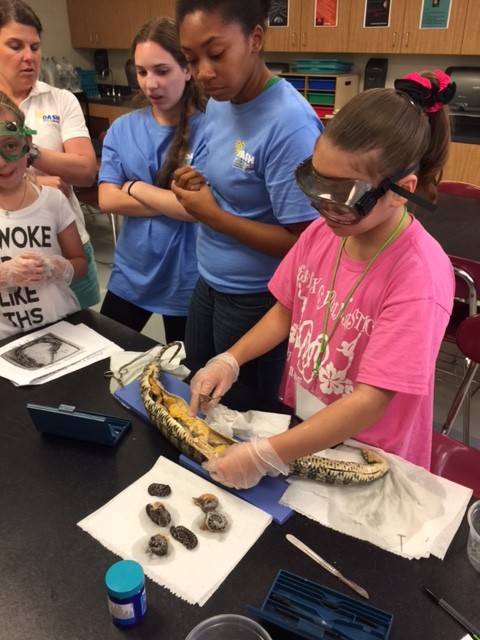 “What IS this?” exclaimed Grace. Her eyes widened behind her goggles at she leaned closer to her snake specimen to get a better look. In the middle of the dissection, she had discovered what seemed to be several more little snakes, all coiled up in the abdomen. The other girls clustered around to see.

“First we thought the snake had possibly eaten another snake, but we kept looking and found more and more,” said Jennifer Beck, a teacher at Duchesne Academy of the Sacred Heart in Houston, Texas. “We weren’t expecting a pregnant one, so we had to do a lot of Internet research, and we learned not all snakes lay eggs. Some carry their young.”

“Duchesne began offering LUV courses because they reflected several of the Sacred Heart Goals and Criteria, including a deep respect for intellectual values, social awareness, building of community as a Christian value, and personal growth in an atmosphere of wise freedom.  Because of this, the courses supported well our school goals in the area of STEAM education and global citizenship,” said Heather Frantz, Assistant to the Director of DASH programs.

In all of LUV’s pioneering global STEAM courses, students collaborate one-on-one with peers at one of LUV’s Global Partner organizations in developing countries. The students communicate each class period about their projects via video message exchange and learn about each other’s lives and cultures in the process. Duchesne first partnered with Level Up Village in the spring of 2015 by offering LUV’s Global Inventors/3D printing as part of the after-school program.

“Duchesne began offering LUV courses because they reflected several of the Sacred Heart Goals and Criteria, including a deep respect for intellectual values, social awareness, building of community as a Christian value, and personal growth in an atmosphere of wise freedom.  Because of this, the courses supported well our school goals in the area of STEAM education and global citizenship,” said Heather Frantz, Assistant to the Director of DASH programs.

When Beck, who teaches fifth grade math and science at Duchesne, heard about the opportunity to teach Global Doctors during the DASH summer program, she was immediately interested and though the course would give her a way to  expand her skills and bring new experiences back to the classroom.

“For me it was a real tutorial on the whole point of dissecting in a way that was non-threatening, experimental and fun,” said Beck. “The course gets kids excited about science. I love the way the lessons were structured and how students learn to be  respectful of the animal because they are learning from it.”

Students who took LUV’s Global Video Games course as part of the DASH program learned how to use Scratch to create video games in collaboration with individual global partners at NicaPhoto, an organization that works with children in one of the poorest areas in Nicaragua. Some kids were so inspired by the course, they used Scratch to work on additional projects outside of class.

“On the the third day, one boy brought into class a designed ‘cartoon video’ to share with the kids in Nicaragua, which I thought was absolutely wonderful and a kind gesture. He actually put in the effort to design something specifically for his partner school and asked for my help to have some of the phrases from the video translated into Spanish,” said Daniela Quintana, LUV teacher and PhD candidate in Genetics.

In addition to coding PONG and creating video games, students designed interactive questionnaires to get to know their partner students and the country they lived in. The students were intrigued by the fact that Nicaragua is surrounded by volcanoes and also became very aware of the fact that it is a developing country.

“They would ask questions about climate, whether they had roads, how the children were able to get to their schools every day, etc. It was a wonderful and it really did spike their curiosity,” said Quintana. “As a teacher, it is extremely rewarding to see the motivation and desire to learn of your students, and their engagement in the global component. It was truly a phenomenal experience being able to facilitate and be a part of their learning, and also realizing how much they enjoyed it!”

Building on the success of LUV courses in both the spring and summer of 2015, Duchesne is once again running LUV courses during its after school program, including Global Doctors – Anatomy and two sections of Global Minecrafters Crazy Machine, in which students build a virtual Rube Goldberg machine with their global partners.

This article was first published by Network of Sacred Heart Schools at sofie.org. 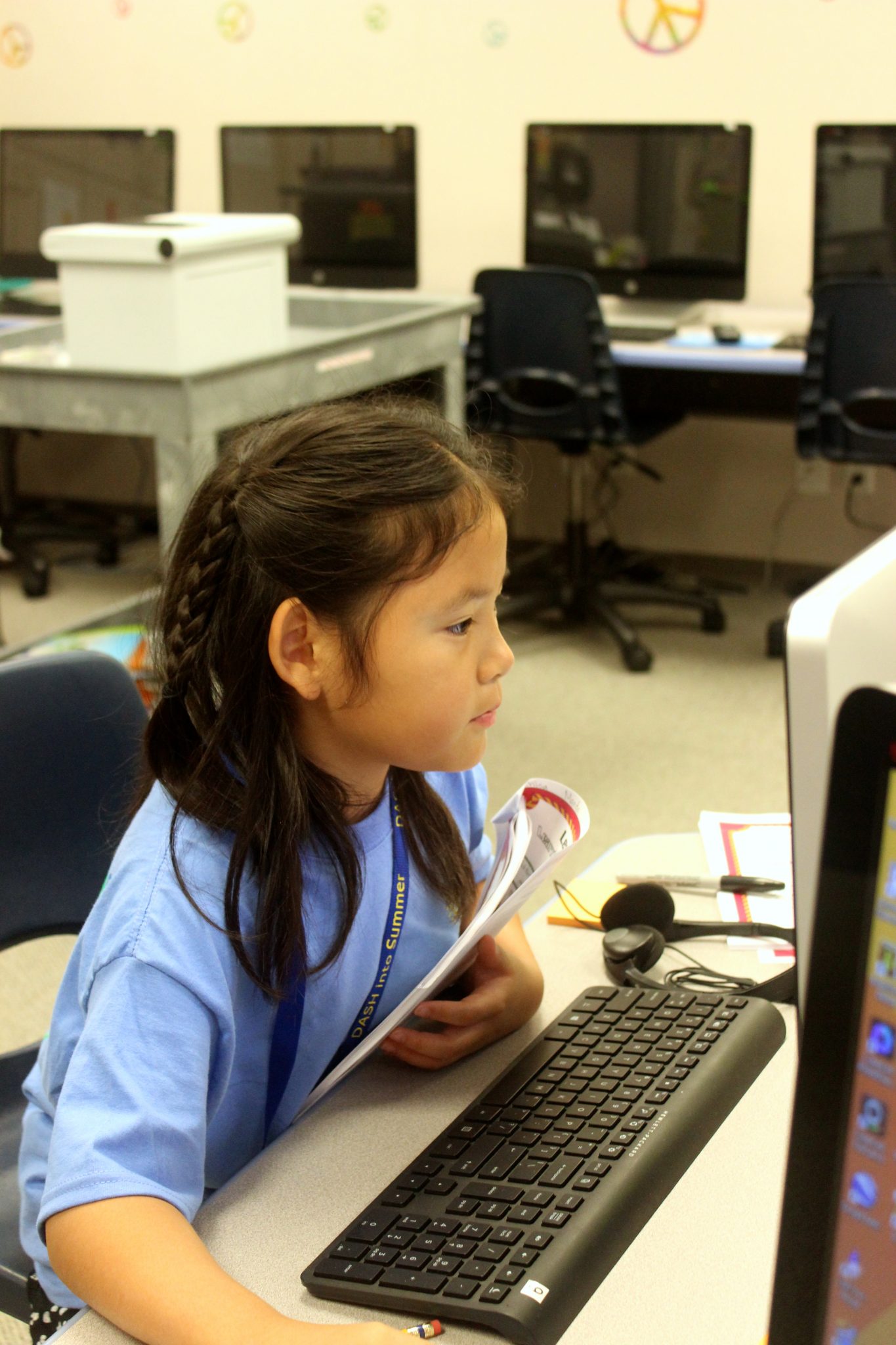