The Rise of STEM in After School Programs 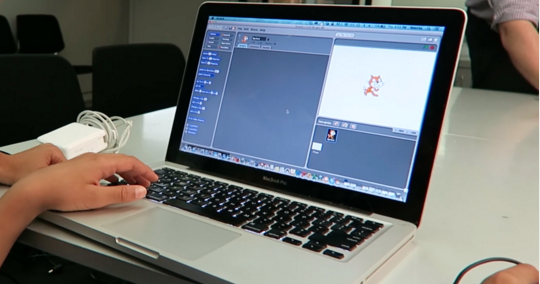 “STEM has been the buzzword for the past few years and we don’t see that slowing down,” said Amy Phillips, parent volunteer and VP of the Afters program for Riverside School in Greenwich, Connecticut. “So much of business and life focuses on those disciplines, so it only makes sense to offer programs and classes that support that.”

Riverside School already places a big emphasis on STEM under the leadership of Principal Christopher Weiss, a 2015 Bammy Award finalist.

“I feel that all students should have the opportunity to experience STEM during the school day and that’s why we implemented Genius Hour for K-5 to allow every student the opportunity to make something of their own, including many STEM-related projects,” said Weiss. 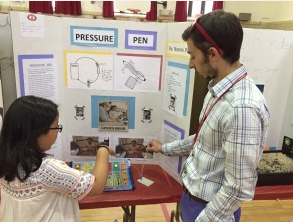 In addition to the school’s many STEM-related initiatives, Riverside offers Level Up Village courses as part of the Afters program.

“Level Up Village courses support the science and interdisciplinary work that we’re doing in the district,” said Weiss. “It’s a great complement to Genius hour, our digital learning program, our Innovation Space and STEM fair. It gives people the opportunity to build outside of the school day. They can get the knowledge and skills from the Level Up Village courses to move to the next level of programming, coding, innovation, or creating something.”

Students at Riverside School in Connecticut were partners with students at RIC-NET in Uganda in LUV’s Global Video Game Designers after school course this fall. Each class period, students exchanged video messages about their projects and their daily lives.

Sari Shaw, parent volunteer who chairs the After School Enrichment (ASE) committee at Westorchard Elementary in Chappaqua, New York, says STEM programs are becoming more popular at her school, too. Like Riverside, Westorchard offers Level Up Village’s global STEAM (STEM + arts) after school courses, as well as other programs.

“In order to gauge interest, we solicit feedback from parents and children as to the types of class offerings they would like to see. Lately, the responses from parents indicate a growing interest in STEM and STEAM,” said Shaw.

“I think exposing our children to as many diverse programs and new experiences as possible will only help prepare them for the future. STEM programs encourage project and community-based solutions where children are encouraged to also test and learn together as partners.” – Sari Shaw, Chair of the After School Enrichment (ASE) committee at Westorchard Elementary in Chappaqua, New York

While STEM programs are becoming increasingly popular, both Phillips and Shaw strive to create a balanced program that will meet the needs of the school community, and that includes a healthy mix of academic offerings and purely recreational programs.

“Parents see the educational classes as an enrichment to their children’s classroom education. These classes are important to further the children’s knowledge and also let them enjoy learning in a more relaxed and fun environment,” said Phillips. “STEM has been big but so have the Chess, Yoga, Magic, Sewing and Painting classes.”

Parent volunteers devote considerable time and effort to putting together strong afterschool programs. Shaw explained that the planning, preparing and research requires several months of preparation and that programs are chosen to complement the school’s already robust curriculum.

“When deciding on class offerings for the upcoming year, we turn to the results of the previous year to guide us,” said Shaw.  “Some questions we ask are: How was enrollment in a particular class and if it was low, why? What new types of classes are parents and children interested in?”

Phillips said she must take many factors into consideration and problem solve along the way.

“One of the big challenges is deciding what classes to run and setting the class schedule. There can be conflicts with other after school programs, sports and otherwise, within the community,” said Phillips.

In addition to planning ahead, Shaw says it’s important to do your homework to find courses that are age-appropriate and culturally relevant and that also give students the chance to socialize and collaborate.

“I think exposing our children to as many diverse programs and new experiences as possible will only help prepare them for the future,” said Shaw. “STEM programs encourage project and community-based solutions where children are encouraged to also test and learn together as partners.”

This article was originally posted on the Level Up Village blog in November 2015.