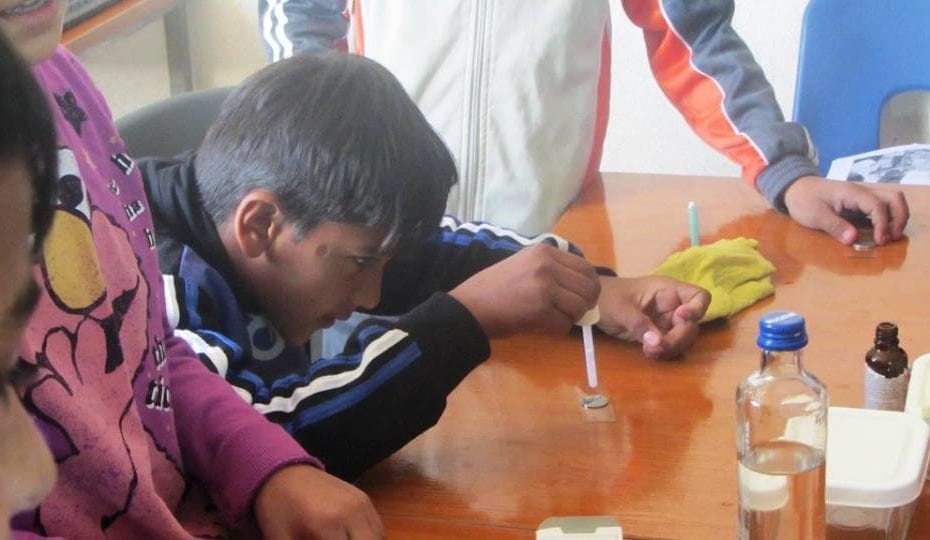 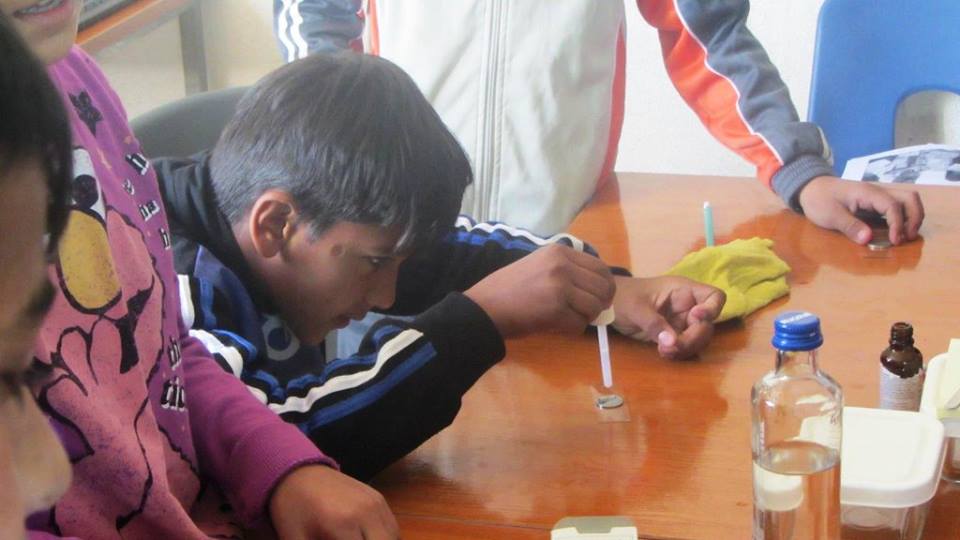 Students in Kosovo study the properties of water in Level Up Village’s Global Scientists course in collaboration with kids in Connecticut.

Access to clean and safe water – a widespread problem in many parts of the world – is not just an abstract concept for a group of children at The Stanwich School in Greenwich, Connecticut. They’re tackling the problem in Global Scientists, an after-school course offered by Level Up Village (LUV). For the duration of the course, the kids are collaborating virtually with partner students in Kosovo by following the same curriculum and exchanging video messages during each class period.

“Meeting kids that use a water filtration system in their daily lives helps build students’ connection to the experiments. It gives them a platform to compare their experience to that of their new Kosovan friends,” said Brill.

The kids in Connecticut are learning that accessing clean water is a real-life issue for their global partners. In a recent video, a student in Kosovo explained that in his community, families rely on well water that they must filtrate and purify before it is clean and clear enough to drink –  a process that can take three to four months!

“In the neighborhood where they live, the conditions aren’t as similar as in the city or the areas where the native population lives. There are houses that are very poor where they cannot get clean water,” explained Jehona Krasniqi, a medical student and science teacher for The Ideas Partnership in Kosovo, an NGO that provides educational enrichment to children in the Ashkali community, an Albanian-speaking ethnic minority. 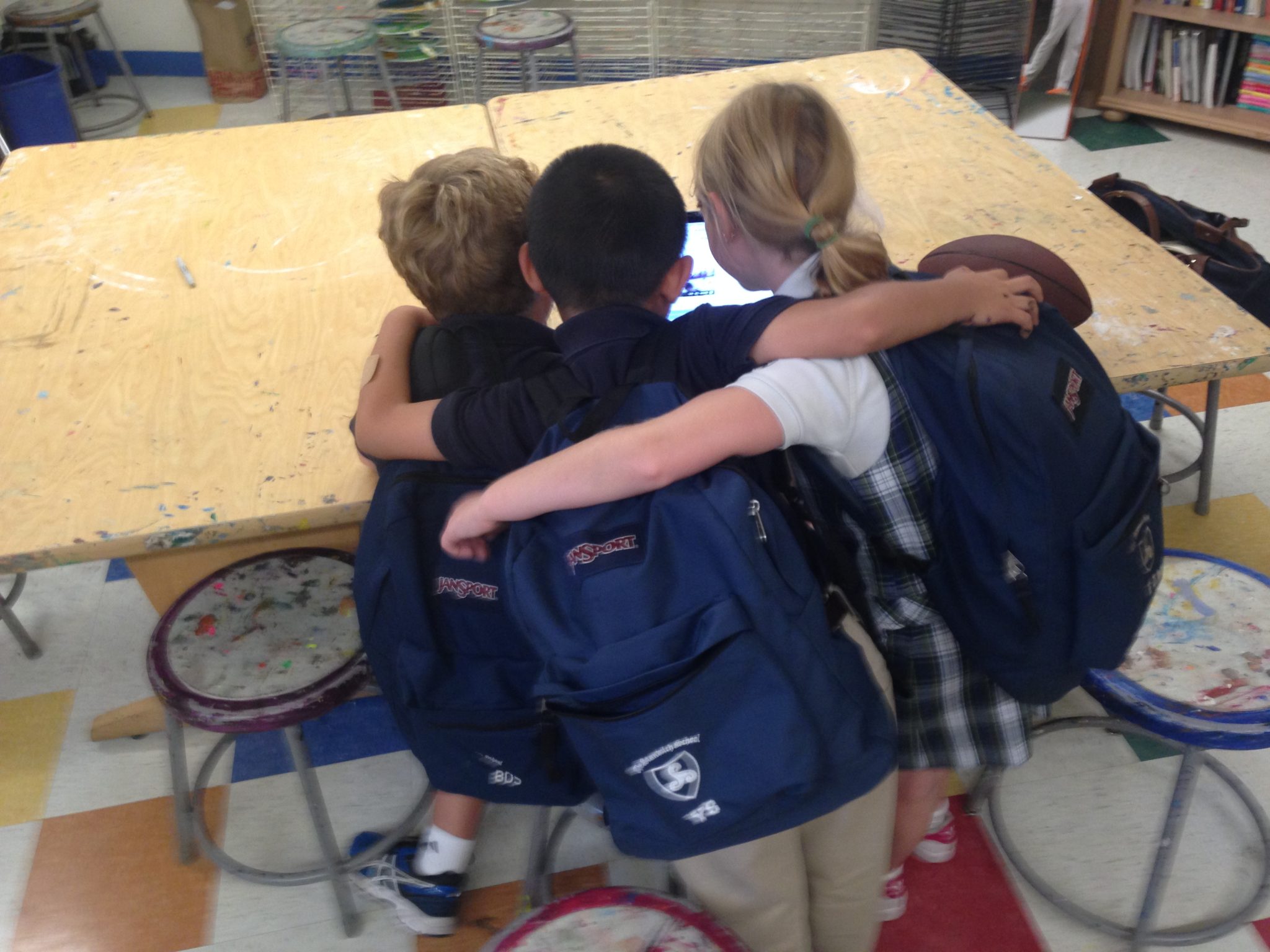 Students at Stanwich gather to watch a video message from their Global Partners in Kosovo.

LUV teacher Nicki Brill says that the discussions in her Global Scientists course at Stanwich are different than any she has previously experienced. Her students are not only learning about the lives of children in Kosovo, but also expanding their knowledge about a real-world issue.

“Meeting kids that use a water filtration system in their daily lives helps build students’ connection to the experiments. It gives them a platform to compare their experience to that of their new Kosovan friends,” said Brill.

As a first step to grappling with the global water crisis, the students in the U.S. and Kosovo first studied the chemistry and properties of water, while learning the steps of the Scientific Method.

“In one of our first experiments, students used a pipet to carefully drip water onto a penny to see how many droplets will fit in order to learn about surface tension and the elasticity of water. The kids developed a hypothesis for each trial in order to analyze why one trial held more water droplets on the penny than another,” explained Brill.

Next, the children will learn how the properties of water they are discovering through their experiments relate to water conservation efforts. They will soon apply that knowledge that knowledge to building their own water filters, so they can experience on a small scale how chemistry is used to improve access to water in the developing world.

In addition to sharing what they learned in each experiment and their ideas for how to address the global water crisis, students participate in a guided cultural exchange.  For instance, the kids at Stanwich are learning about Kosovo’s traditions and history, including the fact that Kosovo only recently became an independent country. 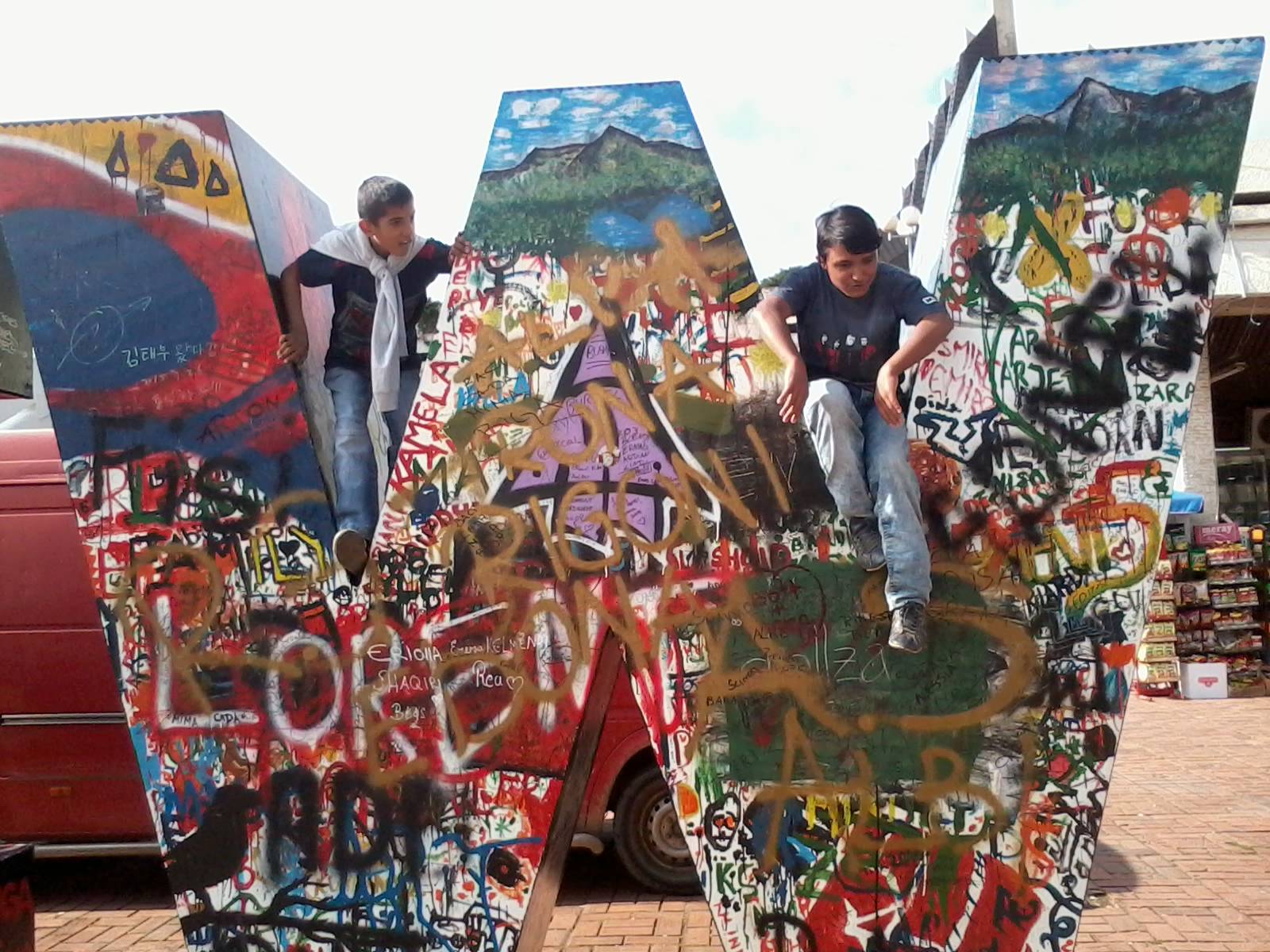 As part of their cultural exchange, the students in Kosovo share photos of their visit to the “Newborn” status, which celebrates their country’s recent independence.

“The teacher in Kosovo sent us pictures of the kids visiting the ‘Newborn’ statue, which celebrates Kosovo’s independence in 2008,” said Brill. “My students reminisced on their own 4th of July firework memories and recalled that this holiday celebrates our own independence from England. It was so great to see the students making these connections.”

The children also provide insights into popular culture in each of their countries by singing favorite songs, sharing some dance moves and even demonstrating their beat boxing skills. These cultural exchanges have had a big impact on the children at both ends of the partnership.

“Working with U.S. partners has given them that self-confidence that they are heard, and one day they can go out there, meet with the children in person and they can be better, for sure,” said Krasniqi.

She has seen many positive changes in her students as a result of participating in the course and gave the example of one boy who never wanted to wear his glasses because he was ashamed.

“When he saw me putting on my glasses every time, in our third class, he had put his glasses on and now he is doing it every time. He says, ‘I am a scientist now,’” said Krasniqi. 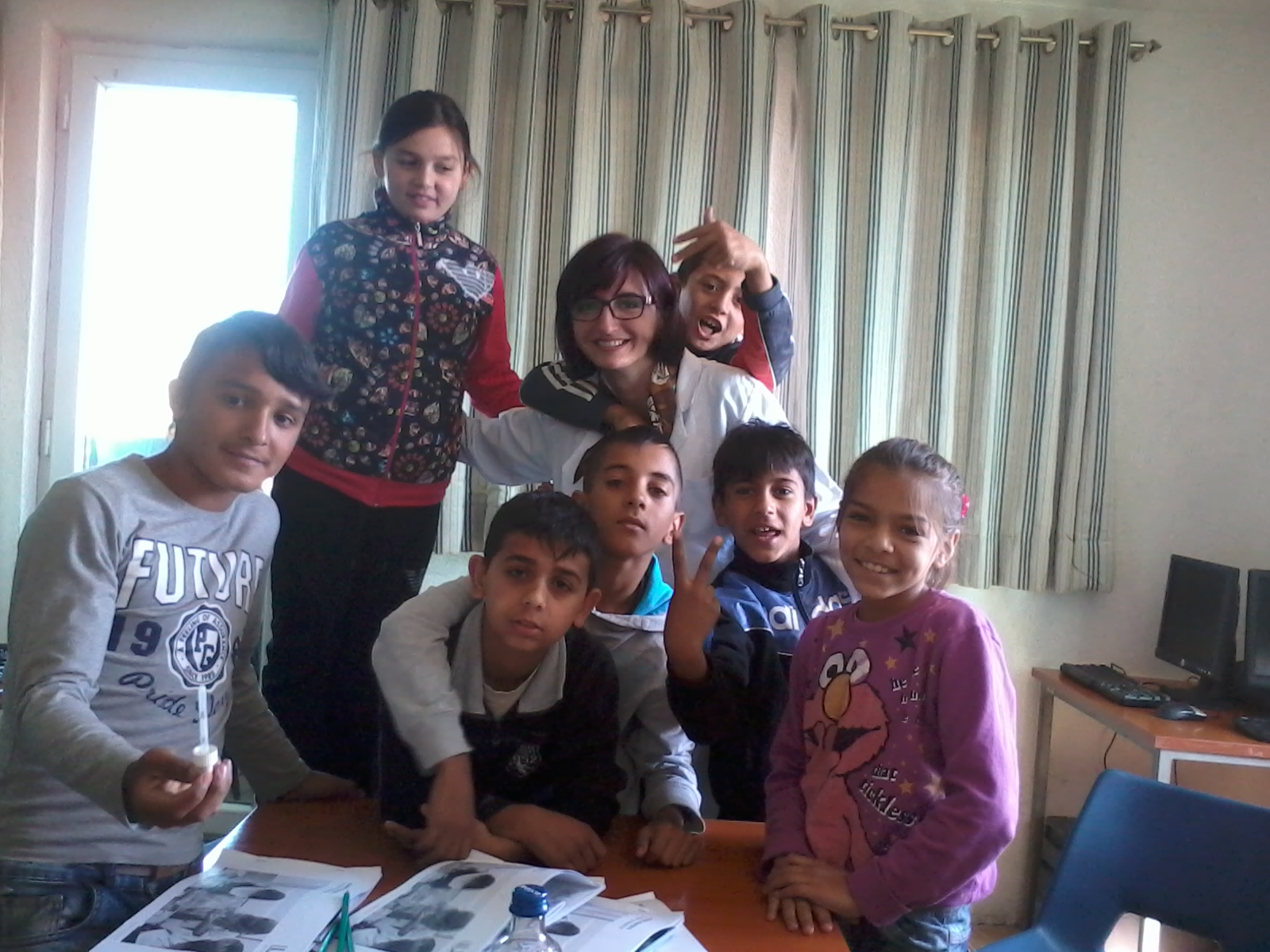 Through this global exchange, the students in Kosovo are gaining confidence and are eager to share ideas and information about their daily lives with their U.S. partners.