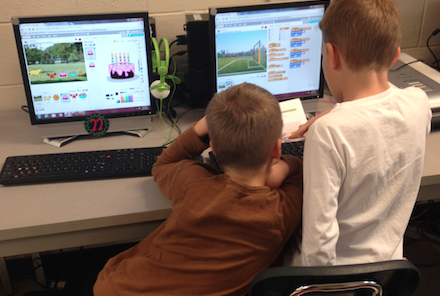 Playing video games has become a major part of the lives of children all over the world. In the U.S. alone, the Entertainment Software Association (ESA) reports there are 155 million gamers. It’s not only an integral part of our society, but also a successful educational tool.

Playing video games has helped teach children for years and continues to expand into new, bolder areas as the medium matures. But what can kids learn in the process? Below I’ll introduce four important skills that can be learned through game design.

Children who play games are exposed to new worlds, characters and rules. Children are encouraged to explore these worlds, solve problems and leverage the game’s rules to complete tasks and achieve success. In doing so, new avenues of imagination and creativity are unlocked. Science Daily reports, “The more kids played video games, the more creative they were in tasks such as drawing pictures and writing stories.”

Designing games can amplify these learnings beyond those offered while playing games. Designing games will challenge children to think creatively. Game Design is a matter of craftsmanship. It involves imagining a game, defining how it works, describing the elements that make up that game and successfully communicating or documenting that information to a team, or even themselves, for development.

This process often includes writing/storytelling, drawing and creating rules that help define objectives or goals.  By asking children to design games, we are challenging them to discover their own interests, and create new worlds for others to experience.

Game Design and development is as much a display of cutting-edge technology as it is of creative expression. Conceptualizing a game through imagination and creativity is the first part of the creation process. Acting on those ideas using technology will make the experience tangible.

After dreaming up new experiences, children are challenged to bring them into existence. To do this, they will use powerful creation tools called game engines. There are many to choose from, including the more popular Unity 3D and Unreal Engine, and the recently announced Amazon Lumberyard. And of course, Scratch, the game design tool that I’ve used to teach LUV Courses in the past can help create gaming experiences.

These tools will introduce children to the basics of programming and give them a glimpse of what goes on “behind the scenes” of their favorite games. These engines range from entry level platforms to tools that enable industry professionals to create major hits. The design process will empower children to create the game of their dreams by understanding the technology that brings games to life.

In my previous blog entry about the LUV Global Video Game Designers course, I emphasized the importance of collaboration as students from Austin partnered with students from Pakistan for global education. Not only does collaboration fuel the industry’s biggest blockbusters, but it can play an integral role for children designing games.

Working with peers to better understand gaming technologies or to help foster creative thinking is a natural part of teaching game design. Students are encouraged to use teamwork to ensure a game is understood and can be balanced appropriately. By tasking classmates to play their game, students will learn how to communicate rules and ideas, consider feedback and improve their abilities to communicate.

The ability to communicate and collaborate is an essential part of being in the industry and a highly sought after professional skill in general. Game design allows children to sharpen these skills in new ways. 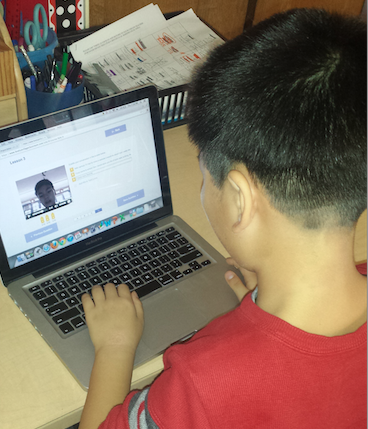 This student is recording a video message to his Global Partner as part LUV’s Global Video Game Designers. By collaborating together this way, students co-develop a final game.

Game design is about solving problems. These problems are ones that the designers themselves create, then must answer. Students studying game design will be faced with determining success scenarios in games, such as determining a winner and making sure a game works how they’ve intended it. They also will need to develop effective methods for debugging and teaching new players how to play.

These problems cover creative thinking, a more hands on technical/logical way of thinking and everything in between. Imagine not only solving a puzzle in a game, but having to create it, as well. Designing games is more than solving problems. It’s creating problems and challenges, then finding ways to decipher them.

These four skills can be applied to many areas of study as children and student grow up. Playing and Designing games is an effective way to engage minds, and teach them valuable skills that can shape their future. They do not have to replace traditional teaching methods, but instead expand on those methods in interesting ways. So let’s encourage children and students of all ages to design games and teach us something new!

See these other articles by Jake Parmley: