“I see and I forget, I hear and I remember, I do and I understand.” – Confucius

Virtual reality is a powerful learning tool that affords students the opportunity to not just see or hear, but also interact in a virtual environment, and by doing so, arrive at a greater understanding. Now, due to its greater affordability and available content, VR has the potential to amplify learning by enhancing curriculums and providing context in a way that is both accessible and experiential, particularly in the STEM classroom.

In classrooms, there’s often the risk of using technology for technology’s sake and not tying it to a curriculum or specific need. While taking virtual field trips or using VR technology as a reward might be fun, it may not reach the full educational potential the technology offers.

To avoid this pitfall, educators are encouraged to carefully consider how VR can directly impact STEM lesson plans. Maureen Brown Yoder, professor of education technology at Lesley University, claims the most important factor is that the VR experience is tied to the content.  In an article for the Center for Digital Education, she said, “Teachers who use [VR] thoughtfully and effectively will figure out how to enhance what they’re already doing.”

Likewise, a study published in Nature Biotechnology found a “76 percent increase in learning outcomes when student[s] used a gamified lab simulation … and a 101 percent increase when they used it in combination with traditional teaching methods.” For example, by tethering an ecology lesson to VR tours of the Great Barrier Reef, students can experience the topics covered firsthand.

John Krajewski, founder of the educational game company Strange Loop Games, says education should be about creating context that shows people how and why knowledge is useful. Krajewski recalls, “I think back to how math was taught: here’s an equation, memorize this quadratic formula, then you plug and chug the numbers and get the answer. People can do it, but by the end of the class they hate math.” He argues they feel this way because they have no context for why they’re plugging and chugging numbers, and thus no reason to care.

Experiences in virtual reality inherently establish context. Players are immersed in a game world or simulation, which provides context for all of their activities. This immersion helps motivate and engage users, two key factors of game-based learning.

Many institutions have already achieved meaningful VR integration within their STEM curricula. Below are a few applications offering innovative ways to amplify learning with VR: 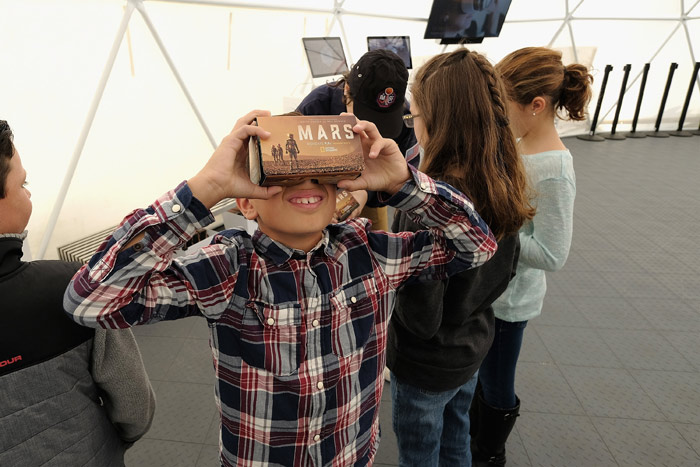 Our job as educators is to leverage new tools like VR in ways that improve how we teach. Viewing VR as an isolated educational tool limits the technology’s potential. Instead, VR should merge with existing STEM curricula – strengthening the bond between student and material. Enhancing curriculums and providing context will reveal the true potential of virtual reality and take STEM education to the next level.